Lilo and Stitch Wiki
Register
Don't have an account?
Sign In
Advertisement
in: Genetic experimentations, Stitch's sidekicks, Experiments,
and 2 more

Nosy is a red pig-like experiment with a pink stomach from the chin down, a roundly-built body with thick legs, huge arms with three small fingers on each hand, a wide mouth, a very big nose, little black eyes, little rabbit-like ears, black markings on his back and black stripes on the front of his legs. Designed to snoop out enemy secrets but ends up finding out mostly useless gossip. Also, Jumba programed 199 to be an expert escape artist. He was later caught by Gantu (Stitch gave him to Gantu as a present), who thought that 199 would tell him all of Lilo and Stitch's files. Instead, he only talked about useless information and revealed secrets about Gantu to 625. Gantu sent him to Hamsterviel who wanted to know what they call him, but he only said insulting things about him. Hamsterviel furiously rejects him and sends him back to Gantu who gave him to 625 to give back to Lilo and Stitch. Gantu was forced to get him back or he will be permenated unless he keeps him inside his ship at all cost. Woops (600) "accidentally" broke Nosy's capsule on Gantu's ship, freeing him. In Snafu, Nosy goes to Lilo and Stitch place and tells him about how many experiments were locked up and how he escaped. After Snafu was activated he messed up plans that when Gantu took a recording of Angel's singing Snafu appeared and took a recording of Gantu's karaoke tape. Nosy saw the whole thing. He and the other experiments were rescued by Angel and Stitch.  His one true place is at journalism. He is voiced by Bobcat Goldthwait. 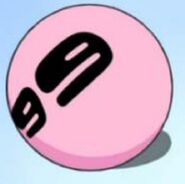