Lilo and Stitch Wiki
Register
Don't have an account?
Sign In
Advertisement
in: Genetic experiments, Protagonists, Experiments,
and 9 more

Angel (Experiment 624) is a beautiful pink female experiment with a strong resemblance to Stitch, two long antennae protruding from her head, and a boomerang-shaped marking on her chest.

Angel is programmed with a "special musical neuro-linguistic behavioral modification trigger." In other words, her primary function is to sing a song that turns experiments (and their creator) from rehabilitated beings to abominated catastrophes, and vice versa. However, it will only work on someone who was formerly evil. Singing the song backwards will reverse the effect, changing the listener back to good. A recording of her song will work the same as her voice. Only those immune to her song are the experiments created after her, such as Reuben (625), Stitch (626), Experiment 627, Experiment 628, and Leroy, who are immune to her song. In the following anime at one point, Angel receives a sore throat that ends up making her voice sound terrible when singing. This, in a strange turn of events, makes Stitch become evil again, proving that her voice can effect any experiment created after her when in this state.

The lyrics of Angel's song, which is sung in the same fictional language that Stitch speaks, are as follows:

In English, her song goes by the following: {C Heed me, you are in my power. {C Henceforth, nothing shall be too cruel or too abominable for you. {C You can't escape.

The lyrics of Angel's song when sung backwards are as follows:

Like Stitch, Angel can climb up walls and walk on ceilings, and retractable claws on her front and back paws. Her long tendril-like antennae are prehensile limbs, which she uses to press buttons and reach distant objects. She is strong enough to shatter the sealed glass containers they had been captured in by headbutting them, though it is unknown why none of the other experiments had tried or succeeded at this method of escaping before. She got extra strength on learning that Stitch had fallen in love with her and she remembers she fell in love with him.  Angel is also capable of using acrobatic reflexes and antennae to fight but there has only been one example of this, (Leroy and Stitch).

Song doesn't effect any experiment created after her.

** Although in her debut in Stitch it is found out that if her song is sung by someone else it will effect them.

Voiced by Tara Strong, Angel speaks English and Tantalog (Stitch's language) and also communicates by purring, growling, moaning, and sighing. She has first spoken two words of English throughout the entire series: love, and Aloha. She speaks with a soft Scottish accent. Although due to the fact that a high sounding voice (and a Scottish accent) could deteriorate her voice she decided to just let her natural speaking voice become Angel's voice on "Stitch and Experiments" where Angel speaks full English. 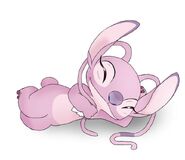 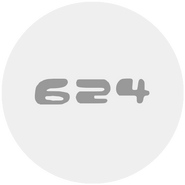